Croatia and the Dalmatian Coast

Explore beautiful and historic Croatia and the Dalmation Coast in luxury.

Available as a private escorted tour, contact us for details 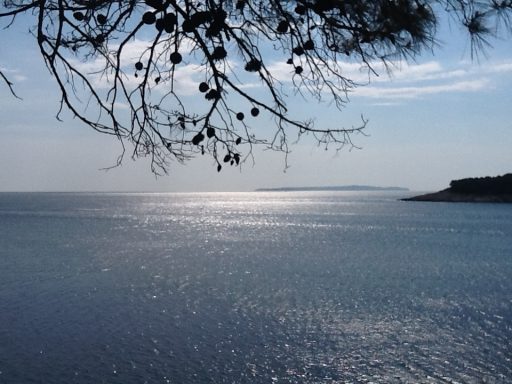 Day 1 – Depart home for the flight to Sarajevo in Bosina-Herzegovina. The airport code is SJJ.

Day 2 – After arrival in Sarajevo meet your private chauffeur to transfer to the the new President Hotel in the center of Sarjevo. Get settled then meet for dinner in one of the best traditional restaurants in the Old town .D

Day 3 – After breakfast we have a private guided walking tour of Sarajevo’s historic center including the Tunnel Museum (tunnel of hope) which was constructed in 1993 during the Siege of Sarajevo at the heights of the Bosnian War. In the evening dinner is on your own, but adjacent to the hotel is the Bascarsija, the historic center of Sarajevo with many restaurant, cafes and shops. B

Day 4 – This morning we board our comfortable 17-passenger bus to drive to Dubrovnik on the Dalmatian coast. En rout we stop in Mostar famous for its 78 feet high bridge
spanning the Neretva river. It was built during the Ottoman Empire over 450 yeas ago.The bridge gave the town its name, Most meaning bridge and star meaning old. After arriving in Mostar we meet our private guide for a walking tour along the river with it many shops selling souvenirs and handcrafts. Afterwards we have a lunch in a restaurant known for it local cuisine. Later we continue on to Dubrovnik. In Dubrovnik our hotel is the beautiful small Pucic Palace located on the Gudulic Square in the old center of Dubrovnik. After checking into the hotel the evening is on your own, but you are where the action is, and there is no shortage of lively cafes and restaurants. B L 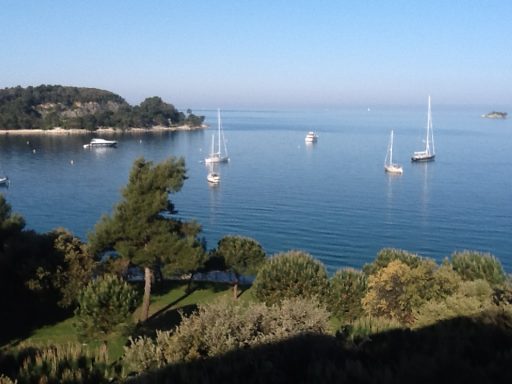 Day 5 – Relax over a leisurely breakfast before our private guide meets us for a walking tour through the old center of Dubrovnik. Dubrovnik is as stunningly beautiful city with marble streets and a massive wall still enclosing all of the city, which was made a UNESCO Heritage Site in 1979. After the tour relax over a long, slow lunch in one of the best restaurant in old Dubrovnik. The evening is at leisure. B L

Day 6 – The day is free to explore and enjoy Dubrovnik on your own. Take a walk on the city walls or ride the cable car to the top of Srdj Mountain from where you have a spectacular view over the city and the Adriatic Sea. There are numerous museums which we exclude from our walking tours, so that you can visit the ones that interest you, on your own. B

Day 7 – This morning we depart to drive the short distance to Split, where out hotel is the historic and Judita Palace located within the Diocletian Palace dating to the late 2nd century A.D. The hotel was once a prestigious patrician house and its entrance is through the inner court of the palace. After getting settled the afternoon is on your own. In the evening we meet for dinner in a traditional restaurant in the old center of Split. B D

Day 8 – Meet your guide this morning for a private tour of Split and the neighboring town of Trogir. Visit the Diocletian Palace which was built as the summer residence of the Roman Emperor Diocletian. After the tour in Split we board our bus to drive to the island city Trogir. the whole town is a UNESCO World Heritage Site. Unlike Split, Trogir’s roots are Greek, not Roman. After a walking tour through the old center of Trogir we return to Split for a late lunch. Afterwards the remainder of the day is on your own. B L 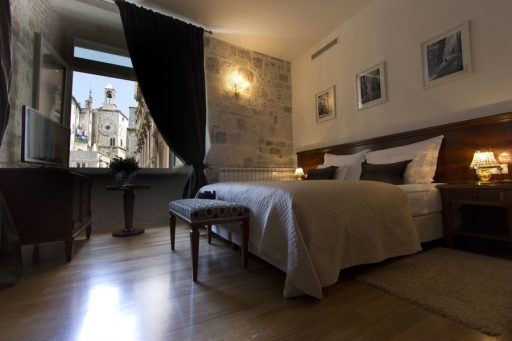 Day 9 – The day is on your own to explore Split at your leisure. A place you should put on your list of things to do, is a visit to the Diocletian Cellars. B

Day 10 – This morning we leave Split to drive to Zadar and Mali on Losinj Island. In Zadar you will board a private motor boat to transfer to the island of Losinj, while our bus driver takes a ferry, to take our bus to the island. En route you we pass by several picturesque islands, the loveliest being the island of Silba on which no cars are allowed to not disturb the calm and quiet. Our skipper will suggest a restaurant to relax over lunch (on your own) Afterwards we continue toward Mali on Losinj island. Losinj is known for its sunny, Mediterranean climate and its hills covered with over 1000 herbs and flowers which, combined with the clean sea air make the whole island a virtual spa. In 1889 the Austrian Emperor Franz Joseph declared Losinj Island a heath resort. Our hotel here is the luxurious five-star Bellevue Hotel surrounded by pine trees and just steps from the sea. It has one of the best spas on the island. After getting checked in, the remainder of the day is on your own. B

Day 11 – The day is at leisure to relax on the beach ir indulge in a spa treatment. We can also ask our bus driver to take us to some of the villages on the island, maybe to a place where they make essential oils from the herbs and flower that grow on the mountain sides, a great souvenir to take home. B 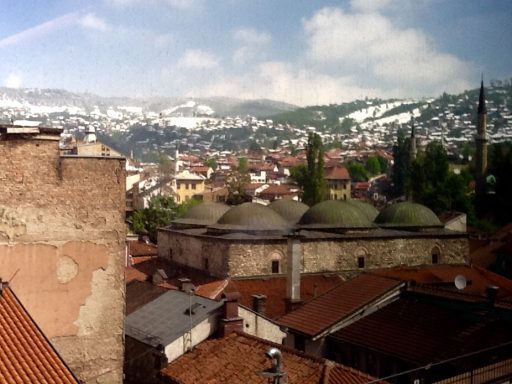 Day 12 – After breakfast we leave Losinj Island and take a ferry back to the mainland to drive to the seaside town of Rovinj located on a peninsular jutting out into the Adriatic sea. After arrival in Rovinj we check into the five-star Hotel Mulini, a 15-minute walk away from the the old town of Rovinj, where your balconied rooms overlooking the Adriatic Sea and the town of Rovinj. In the evening dinner is in a locally famous restaurant in the old center of Rovinj. B D

Day 13 – Meet your local guide this morning for a private walking tour through historic Rovinj, an ancient master piece of architecture. Afterwards we continue aboard our bus to Pula, the largest town along the Istrian Peninsula, where there is a historic landmark with every step you take, beginning and ending at the Roman Amphitheater of Pula. There is time to relax in the town square which has been a meeting place since the days of the Emperor Augustus.By mid-afternoon we return to the hotel where the remainder of the day is on your own. B

Day 14 – Today we leave Rovinj to drive to the hilltop town of Buzet, one of the most picturesque towns in the province of Istria, where we spend the night at at the pretty Hotel Vela Vrata in the old section of Buzet overlooks the countryside below. In the evening we meet for a traditional Istrian dinner. B D 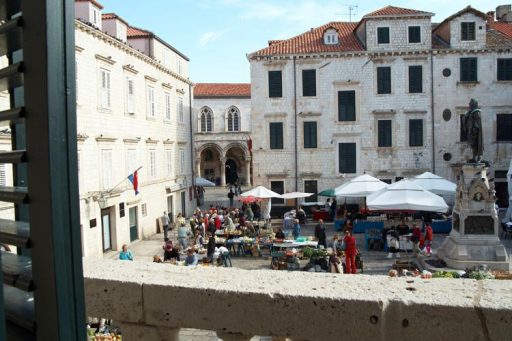 Day 15 – This morning we continue on from Buzet to Zagreb. En route we will make a stop in Opaje, the summer resort of the Austrian Emperors and Austrian Aristocracy. It is the oldest tourist destination in Croatia with well maintained parks, and a twelve km long coastal promenade with a stunning views of the villas and hotels along the hillside. Later we continue on to Zagreb where our hotel is the four-star Hotel Dubrovnik located on the main square in Zagreb. Everything you want to see and is within walking distance from the hotel.The main shopping area is a hop and skip away. On the hill behind the hotel is a great outdoor market that is fun to visit and the little tram that will take you to the old upper town is just a few blocks away. The afternoon is on your own until we meet in the evening to have dinner in one of the most famous restaurant in Zagreb. B D

Day 16 – After a leisurely breakfast meet our bus driver and our private guide for an excursion to the town of Samobor, some twenty km from Zagreb. The town is located at the foot of the mountain Samobor and along the Granda river. Samobor was once an important, free royal town in medieval times. But it is also a foodie town, especially known for it Kremsnita, a tasty pastry and other local specialties, as well as its wines grown in the hills nearby. After returning to Zagreb in the afternoon the remainder of the day is on your own,. 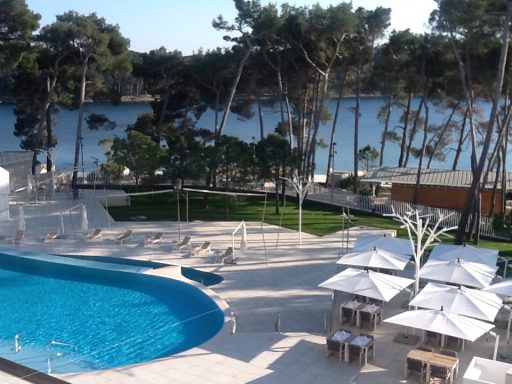 Day 17 – The day is at leisure. In the evening we go to dinner in one of the oldest and best local restaurants in Zagreb. B D

Day 18 – Private transfer to the airport for your homeward flight. B

The Tour is limited to 10 participants

16 nights/17 days deluxe and first class and deluxe hotel accommodation, daily breakfast, dinners and lunches as per itinerary, private guided tours in each destination, transportation in a 17-passenger Mercedes Benz Bus, private airport transfer on arrival and departure and the services of our Croation Partners and Posh Journeys as your tour host.

International air fare, additional meals, alcoholic drinks or soft drinks with meals if not part of a featured meal and any items not specifically mentioned in this itinerary.